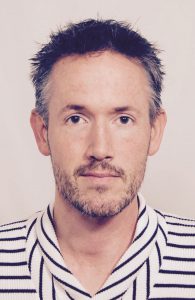 I am a philosopher with an interest in psychology, psychiatry and cognitive neuroscience. I obtained my PhD in philosophy at the University of Leiden (cum laude) with an interdisciplinary study on the embodiment and situatedness of social cognition. As postdoctoral fellow at the Ruhr-University Bochum I have been involved in two major projects. The main focus of the first project ‘Other minds: neurophilosophy of intersubjectivity’ was on the development of false belief understanding. The second project ‘The Social Mind: Self, Other and Interaction in Cultural Context’  investigated how cognition is shaped by social context. In September 2012 I became assistant philosophy of mind and cognition at Radboud University Nijmegen.

I have published widely on various problems in philosophy of mind and the cognitive (neuro)sciences in high-quality journals, such as Cognition, Consciousness and Cognition, Synthese, and Trends in Cognitive Sciences. I have almost finished co-editing the Oxford Handbook of 4E (Embodied, Embedded, Enactive & Extended) Cognition, which will be the first book to provide a systematic overview of the state of the art in the field of 4E Cognition.

My recent research has increasingly focused on the philosophy of psychiatry, primarily with the aim of providing a 4E Cognition perspective on mental disorder and cognitive dysfunction. I have edited a special issue on causal explanation in psychiatry for Frontiers, and I am currently editing another special issue for Philosophy, Psychiatry & Psychology on the future of psychiatry.