Our 4E Cognition handbook is out!! 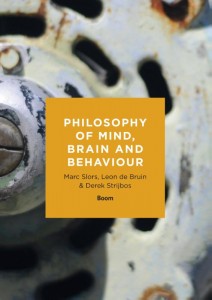 Our book is available here

“How can it possibly be the case that electrical activity in the soggy grey substance of our brains is responsible for our thoughts, our conscious experiences and our subjectivity? What is subjectivity, for that matter? Does it require a ‘self’, or a subject of experience? Is free will a possibility when all we think and do emerges from the physical brain? These are prototypical questions that characterize the philosophy of mind, brain and behaviour that we shall introduce in this book.

Many of the problems and theories discussed in this book fall under what is traditionally known as analytical philosophy of mind, such as the mind-body problem, mental causation, mental content and consciousness. The range of this book, however, is wider, and includes other themes that are directly connected with the bigger issue of what it is that makes us human beings or persons. These topics are ‘the self’, ‘free will’, ‘understanding other minds’, ‘embodied, embedded cognition’ and ‘emotions’.”

This international three-day conference investigates the role and nature of knowledge in psychiatry, both as a scientific discipline and as a professional practice. It aims to create a platform for an in-depth philosophical discussion on different forms of theoretical knowledge (e.g. statistical, molecular, genetic, psychological, social) and their interrelatedness, what happens when these forms of knowledge are applied in psychiatric practice, and how they are translated to and received by the general public.

In general terms, scientism is the claim that only science can provide us with knowledge about ourselves and the world around us. In the context ofpsychiatry, this manifests itself most clearly in the tension between theoretical knowledge acquired in a scientific setting and practical knowledge applied to the concrete cases in the consultation room. The aim of the conference is to investigate this tension, and explore how scientific knowledge can be integrated with other sources of knowledge, such as practical understanding, expertise, experience, intuition and wisdom.

Since psychiatry firmly established itself as a scientific discipline, it has been propelled forward by the hope that the different diagnostic categories will turn out to correspond to unique underlying causes. However, so far there is hardly any evidence that the behavioral, cognitive and emotional manifestations of disorders such as major depression or schizophrenia can be traced back to relatively simple, common causal trajectories. Rather, the etiology of almost all mental disorders seems to be multifactorial. Different etiological factors also appear to span different levels of explanation, ranging from the (epi)genetic, neurobiological to the psychological and social level.

Progress with respect to these fundamental issues has been limited in the past decades. This has led to different responses: clinicians, broadly speaking, tend to be sceptical about the prospects of causal modeling in psychiatry; whereas scientists tend to cling to a reductionist and scientistic view on mental disorder, according to which true explanation of mental disorder is considered the province of the natural sciences only (biology, genetics, neuroscience).

Psychiatry needs to find a way beyond scepticism and scientism. The aim of the workshop is to discuss novel theoretical and empirical strategies that exploit this tension in a fruitful and constructive way